Sunland Park, New Mexico (CNN)A group that raised millions of dollars in a GoFundMe campaign says it has broken ground on a project to build its own stretch of border wall on private property.

We Build the Wall, a group founded by a triple amputee Air Force veteran, said in a series of social media posts on Monday that it had started construction on private property in New Mexico. The announcement comes months after the group began its GoFundMe campaign to raise private donations for a border wall, and days after a federal judge blocked President Donald Trump from tapping into billions in Defense Department funds for his administration’s wall construction efforts. 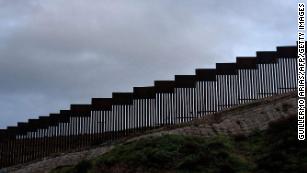 Federal judge blocks Trump from using Defense funds for parts of border wall
“Buckle up, we’re just getting started!” the group wrote in a Facebook post, sharing what it said were images of construction over the weekend.
On Monday evening, a CNN team watched as heavy machinery rumbled over the site near the New Mexico-Texas state line near El Paso. Kris Kobach, former Kansas secretary of state and longtime immigration hardliner, spoke to CNN over the clanking and beeping of construction equipment.
“It’s amazing to me how crowdfunding can successfully raise a lot of money, and how many Americans care about this,” said Kobach, who’s now general counsel for We Build the Wall.
A half-mile stretch of wall on the site is nearly finished, Kobach said, costing an estimated $6 million to $8 million to build. The main contractor working at the site: Fisher Industries, a North Dakota-based company that President Trump has been aggressively advocating should be awarded government contracts to build the border wall, The Washington Post reported last week.
Word of the private wall’s construction is likely to rile opponents of efforts to build up barriers at the US southern border, while energizing supporters of Trump and one of his most oft-repeated campaign promises.

Filling a ‘gap that needed to be filled’

Former White House chief strategist Steve Bannon, who chairs We Build the Wall’s advisory board, told CNN on Monday that the stretch of private wall connects two 21-mile sections of existing fencing.
CNN was not able to independently confirm that the new wall connects the two portions of border fencing constructed by the federal government. 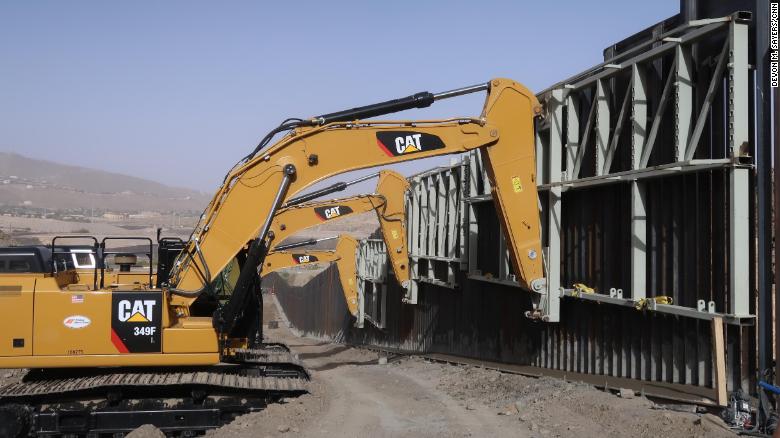 CNN observed construction crews working in an area of the US-Mexico border near the New Mexico-Texas state line with heavy machinery on Monday.
“Border Patrol told us it’s the No. 1 most important miles to close. The tough terrain always left it off the government list,” Bannon said. “And that’s what we focus on — private land that is not in the program and take the toughest first.”
CNN has reached out to US Customs and Border Protection for comment.
Kobach described the area as a “gap that needed to be filled” to put a stop to drug and human smuggling.
“The whole idea is we want to supplement and complement what the federal government is doing,” Kobach said. “We can complement it by closing the gap and making that wall in El Paso that much more effective.”

Jeff Allen told CNN he owns the property where We Build the Wall’s team is working, and he’s excited to see it.
“They are doing an incredible job,” he said. “I have fought illegals on this property for six years. I love my country and this is a step in protecting my country.”
Daniel Garcia Salinas, the director of a nearby museum on the Mexican side of the border, told CNN the new wall went up rapidly over the weekend, changing the horizon behind the Museo Casa de Adobe.
Garcia said that when he had left the museum Friday afternoon there was no fencing there. By Saturday morning, he said, portions of new wall had been constructed.
“They moved very quickly,” he said. 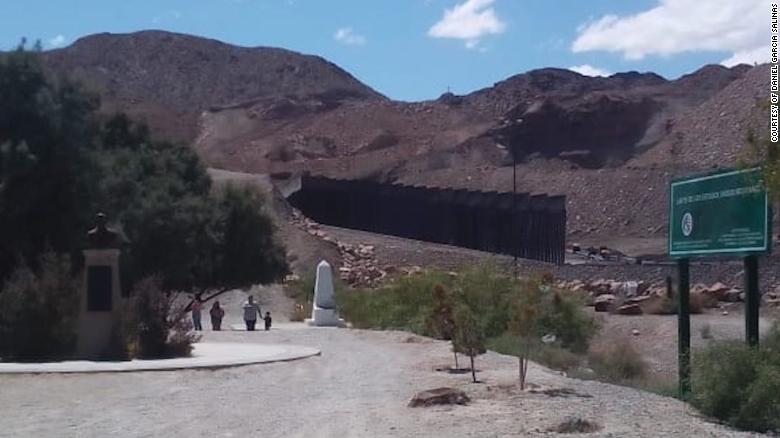 Daniel Garcia Salinas says the new wall went up rapidly behind the museum he directs nearby on the Mexican side of the border. “They moved very quickly,” he said.
Leaders of We Build the Wall offered different assessments of how much construction had occurred.
While Bannon told CNN a mile of new wall had been built, Kobach said a half-mile had been constructed.
Kobach declined to specify which areas the group is considering for future construction, but said a site in Texas and a site in California are currently next on the list.

More than $20 million in donations

We Build the Wall’s fundraising efforts began in December. At the time, founder Brian Kolfage told CNN he’d decided to move forward because of “inaction from our politicians.”
The ongoing campaign has raked in more than $20 million in donations on GoFundMe. The average donation was $67, Kobach said, and more than 300,000 people contributed. 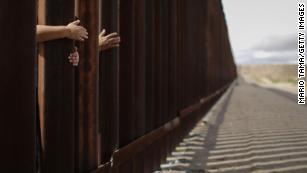 ‘We can do this!’ amputee veteran declares in his plea for border wall funds
Recent reports detailed how some donors questioned why they hadn’t seen any construction despite the millions donated, but organizers said they had to keep plans secret to protect the project.
“Remember powerful people want to stop our progress, so to not tip anyone off we are radio silent!” Kolfage wrote in a Facebook post shared by the group earlier this month. “The (American Civil Liberties Union) would file a lawsuit to impede our wall success if they knew where and when.”
On Monday, Kolfage and other supporters of the organization were trumpeting their efforts on social media.
“All the haters said it was impossible!!” Kolfage wrote on Twitter. “Bahaha where ya at now?”
This story has been updated.

We have no tolerance for comments containing violence, racism, profanity, vulgarity, doxing, or discourteous behavior. If a comment is spam, instead of replying to it please hover over that comment, click the ∨ icon, and mark it as spam. Thank you for partnering with us to maintain fruitful conversation.

Trending Now on We Build the Wall News

Related Topics:featured
Up Next

First Piece of the First Privately-Funded Wall Going Up!

Another victory for national security & the border wall. This will help us as we continue the construction of our next projects if environmentalists come after us as they did at Project 2.

“The Supreme Court on Monday declined to hear an appeal from a coalition of environmental groups that pushed back against the Trump administration’s construction of the wall along the U.S.-Mexico border.

The groups, led by the Center for Biological Diversity, challenged a 1996 law giving the president authority to fight illegal immigration and border crossings, and limiting some legal challenges.

The coalition claimed that the Trump administration did not conduct sufficient environmental impact studies for the construction and that endangered species like the jaguar and Mexican wolf would be adversely affected by the barrier.

First, We Build The Wall, Inc was challenged on building our second border wall due to the claim that it would impact butterflies. Now, this. Perhaps we should just let the jaguars live along the border wall as a second layer of security?https://t.co/I6woZ1PSUV#BorderWall #KAG

They had asserted in their case that the law’s allowance for the secretary of Homeland Security to waive any laws necessary to allow the quick construction of border fencing violates the Constitution’s separation of powers. The D.C. Circuit Court of Appeals had dismissed the case, citing a prior case from 2007 with “a nearly identical context.”

“This Court finds that precedent persuasive, and it compels the conclusion that Plaintiffs’ complaint fails to state plausible constitutional claims as a matter of law,” the Circuit Court’s ruling said.”

DONATE NOW TO BUILD THE WALL WITH BRIAN KOLFAGE, CLICK BELOW:

This Summer, We Continue With Our Fourth Border Wall Project

Good news, everyone. Not only is our third border wall project slated to begin soon (most likely in California), but our fourth project will be hot on its heels.

Our 2nd project in Mission, Texas was completed in February of this year – Jeff Rainforth for WBTW

Here’s a message from our founder, Brian Kolfage, and Foreman Mike:

Foreman Mike’s announcement in the next step for We Build The Wall!

Foreman Mike is back at it again, this time with a big announcement in the next step for We Build The Wall! >> https://secure.webuildthewall.us/stopthesurge

Thank you, to all the freedom fighters out there, both past and present, for your dedication to our country and the sacrifice that comes with defending all that we as citizens hold dear.

Let’s all pitch in to protect the nation and prove to Nancy Pelosi that our safety and sovereignty doesn’t depend on her:

Facebook Comments
Continue Reading
Send this to a friend